Maybe things weren't quite that bad, but as the 21st century dawned, finding Downtown residential housing was as tough as snagging a winning lottery ticket.

Fast forward to 2007. According to Downtown Vision Inc., 1,572 residential units are available, 808 more are under construction and 4,590 are proposed to be built in the next couple of years -- a far cry from the vacant and deteriorating buildings common just five or six years ago.

From gleaming high-rise condominiums such as The Strand, San Marco Place and The St. John on the Southbank to The Carling, 11 East Forsyth and The Shipyards on the Northbank, NASA can now concentrate on its search for life on other planets.

"I have people come into the sales center all the time asking 'Is Jacksonville really going to come around? Is it going to happen? When is it going to happen?'" said Ed Bonneau, sales manager for the Plaza Condominiums at Berkman Plaza and a Downtown Vision board member.

"People, it has been happening for five years," Bonneau said. "We have 11E, we have The Carling, we have a whole building of the Plaza. We're looking forward to expanding and growing significantly in the near future, but there is life Downtown now."

In the past four years, at least 20 projects have been announced for Downtown, according to Downtown Vision, a nonprofit organization whose mission is to "build and maintain a healthy and vibrant Downtown community and to promote Downtown as an exciting place to live, work, play and visit." Those projects include the renovation of existing buildings and the construction of several new buildings

One project is a four-story, 265-unit apartment building in Brooklyn Park scheduled to begin construction this summer and renovations to the old JEA building on West Duval Street, which will include residential, retail and office space.

Now that the supply of residential housing has increased noticeably, so too has the demand.

"We are seeing tremendous response from the buyers who are already under contract as well as the buyers who haven't had a chance to see the building while it was being finished," said John Spassoff, vice president of sales at The Strand, which is now open and preparing to welcome its first residents. "We're averaging between 12 and 15 contracts a month."

Spassoff said that for a long time, Jacksonville housing was seen as being confined to the Southside and the Beaches, with perhaps some existing in Riverside and San Marco. "But with the whole Southbank opening, it has provided something unique that Jacksonville doesn't have. It's really just getting started."

Bonneau is seeing similar interest in Berkman's Phase II, a 23-story, 222-unit tower scheduled to be finished during the third quarter of 2008.

"We've got 47 sales to date," said Bonneau, who has been a real estate agent for 25 years. "We had 107 units released to us when we first opened the sales center in September. We've sold half of our pre-existing inventory. Compared with the other new developments in town, we're far ahead."

Bonneau said several factors have contributed to Berkman's success, including its prices -- studios start at $170,000 -- amenities and its traditional design.

"We've got the absolute lowest price point," Bonneau said. "We're also a little more traditional. The St. John and Shipyards buildings are going to be very nice. They're glass towers, very contemporary, but we're more traditional. We also have a 24-hour concierge, fitness center and marina slips. Nobody else has a marina."

Though cost is always a factor when purchasing or renting a home, many believe the market will be able to support some of the pricier projects because Downtown is drawing interest from such a wide range of people.

"We're seeing a really good mix across the board," Spassoff said. "We're seeing some single professionals, newlyweds, empty nesters. We're dealing with a lot of relocations. Relocating is keeping Jacksonville vibrant and on the move as far as real estate."

Will Vasana, a Realtor with Watson Realty Corp. who specializes in Downtown properties, said 25 percent of his clients are from out of town and about 10 percent are absentee owners.

"In fact, we get a lot of people from out of town who have heard of Jacksonville and are getting tired of living in the cold," Vasana said. "If they have to retire to someplace, they'd love to be in Florida and there're not many places in Florida that can give you affordable value."

Vasana said in the past couple of months, the number of inquiries he's received about Downtown has doubled compared with last year.

"I believe it's a great opportunity right now for folks who are thinking of urban, downtown living because there are a lot of fantastic projects coming to Downtown," Vasana said.

As property manager for The Carling and 11 East Forsyth, both Northbank rental properties, Melanie Thompson said location has been instrumental in their success.

"We have great views of the river. We're in a prime location as far as being very convenient to The Landing, restaurants, nightlife. I think the historic value of the buildings also sets us apart from other buildings," she said.

Since the Downtown Living Tour conducted by Downtown Vision last November, Thompson said she's seeing increased interest from people who want to call Downtown home. Many of her tenants are young professionals and people who have transferred here because of their jobs.

One of the biggest knocks on living Downtown has always been the lack of entertainment, dining and supports services such as grocery stores. Although that is still true to some extent, most say the reality no longer matches the perception.

"There's a lot more than what people think there is," Thompson said. "We've got plenty of different restaurants. We're starting to get different functions at The Landing. It's not an issue any more."

Thompson said as Downtown "starts getting some more action" there will be an even bigger boom in Downtown living.

"I'm hoping the service industry, the restaurants, the nightlife are going to be coming to Jacksonville to get people down here," Thompson said. "I'm hoping a lot of businesses are going to start opening some spaces. There's a lot of space available and I think it would be a good opportunity."

Though almost everyone agreed there are a growing number of support options, they also said many more would be welcome.

"More restaurants, more shops, more retail," Bonneau said. "It's going to be a chic spot. We won't have to tell people to discover Downtown, the word will be out."

Tri Vu, president of local firm TTV Architects Inc., who is best known for implementing his idea to light Downtown bridges for the 2005 Super Bowl, agreed there needs to be more support businesses.

"If you want to live Downtown -- this is how I envision it, which is like other big cities -- you just walk everywhere, to a restaurant, to a bar, to the neighborhood grocery store," Vu said. "We're seeing more of that, but it's not enough. There needs to be a lot more of that. It's going to happen here with time."

Vu has been promoting his latest project, Downtown Connections, which he believes will reinvigorate Downtown's major corridors. It includes themed lighting, signs, more public art, wider sidewalks, public restrooms and banner advertisements such as those in Times Square in New York City. He's scheduled to present his recommendations to the Jacksonville Economic Development Commission by March 1.

Glen Williams, maintenance supervisor for The Carling and 11 East Forsyth, has lived Downtown since 2003, first at 11E and now at The Carling. He and his wife enjoy the convenience of walking to shows at the Florida Theatre and attending Jacksonville Suns games.

In the four years he's lived Downtown, Williams said the most notable change he's seen is all the construction.

"A lot of the buildings that were vacant, they're doing a lot of work on them," Williams said. "Really, it's just starting to kick in. I thought it was going to be a lot faster than what it is, but it's coming along now. A lot of people have a lot of confidence because they're building a lot more Downtown."

And that's a trend many expect to continue. Vasana said he's hearing whispers about a major Canadian developer scouting the Northbank for a site to build a high-rise condominium tower.

"I certainly expect it to continue," Spassoff said. "There's so much potential here. Jacksonville is no longer Florida's best-kept secret." 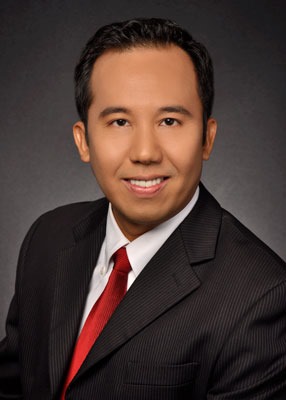